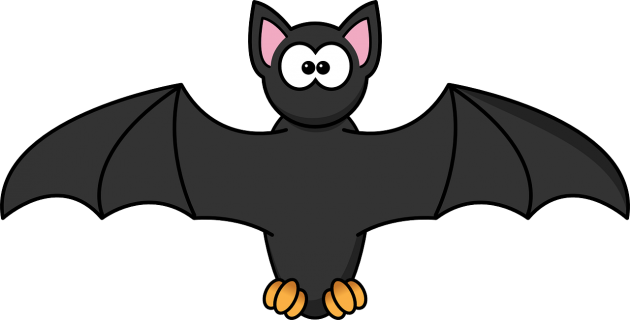 MASON: Did you know? Bats are the only mammals capable of true flight.

MADISON: Bats are also the only mammals that hang upside down.

MASON: Bats sleep during the day while hanging upside down.

MADISON: Bats like to sleep in secluded areas, such as a cave, the underside of a bridge or the inside of a hollowed-out tree.

MASON: Hanging upside down allows bats to fall into flight so they can move fast.

MADISON: Did you know that Bats lost the ability to use their hands, since their hands turned into wings.

MASON: The largest bats such as the Giant Flying Foxes have wingspans of nearly six feet.

MADISON: There are more than 1,250 different kinds of bats in the world and they come in all sorts of shapes and sizes.

MADISON: The smallest bat is the Kitti’s hog-nosed bat it’s no more than an inch long.

MILA: Did you know that bats are generally not dangerous and, in fact, are often helpful to humans? About 70% of bats are insectivores. Bats are important, as they consume insect pests, reducing the need for pesticides. A single little brown bat can eat up to 1000 mosquitoes in a single hour. The greatest threat to bats are people due to habitat destruction. Most bats live longer than most mammals of their size. The longest known lifespan of a bat in the wild is 30 years for a little brown bat.