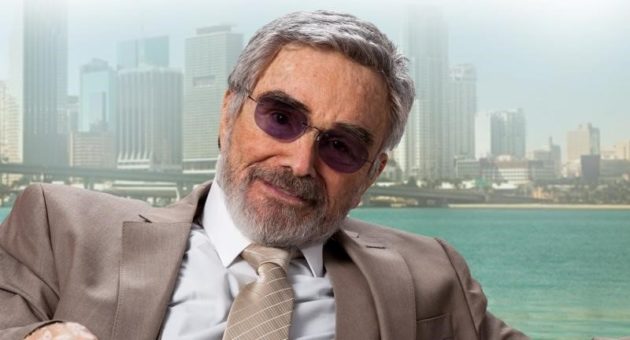 “It was a perfect fit for Ginger Knight Entertainment to come on board with this project with financing to get it past that final hurdle and do minor tweaks to get it ready for the distribution it deserves,” said Paul. 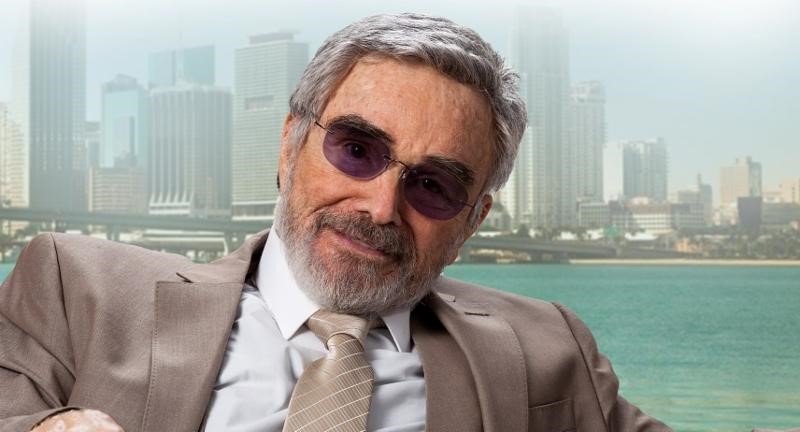 In “Miami Love Affair” Burt Reynolds is a wealthy businessman and art dealer who is the personification of everything the elegant high-life the city has to offer. “Come to Miami! Fall in love!” he says. Reynolds’ character, Robert, acts as the narrator and guide through the romantic escapades of those in his orbit. The story unfolds and follows three relationships as they sail through the highs and lows of the biggest international art fair in Miami. The couples (re-) discover their true passions and inspirations, their relationships to the monetary aspect of art, and possibly find love in the process. By the end of the art show, not all the twosomes are comprised of the original couples after being swept away by the Latin flair of Miami.

“To have Burt Reynolds in the film, one of the world’s most recognizable and well-liked stars, adds a certain cachet and greatly increases interest with distributors, both domestically and internationally,” added Paul.

“The movie is a homage to Miami, a romantic comedy that makes viewers experience a struggle for greatness in the exciting world of art while following the never-ending quest for true love,” said Kinnard.

“The resulting ‘Miami Love Affair’ materializes with a double meeting: A growing love for the city and an actual love affair promising a new beginning while threatening our characters’ existing relationships,” added Kinnard.

With gorgeous Miami beaches, cityscapes, and the Everglades, the film is visually enticing, and the city becomes another character in the story, seducing the couples who are all at important junctures in their relationships.

Couple #1: When Lucia, a talented artist from Latin America, meets Benedict, an arrogant German artist, sparks of disagreement fly immediately, although they have to share an exhibition.

Ralph Kinnard as “Benedict” and Mónica Pasqualotto as “Lucia”

Couple #2: Victor, an aspiring writer, travels to Miami with his girlfriend Anna, assistant to Robert, a wealthy art dealer. Anna is more in love with money and her job than Victor, so he begins to spend time with the adventurous free-spirit Nina. 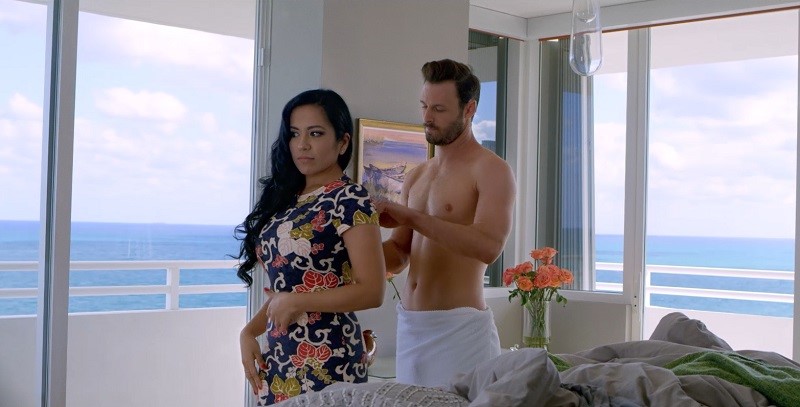 Ana Lucia Chaverria as “Anna” and Alan Klinger as “Victor”

Couple #3: Theo, Nina’s boyfriend, paid for his first exhibition in Miami and is trying to ‘make it big’. With the help of a ‘PR Master’ he successfully woos an attractive, rich older lady, owner of a Hotel chain, to commission hundreds of paintings. However, nothing is ever as easy as it seems: the cougar expects sex in return.

Miami is a paradisiac city to live in, with sunny weather, great international cuisine, an active nightlife, and a world-class growing art scene. Art Basel, the biggest art fair in the Western World attracting millions of visitors every December, was one of the inspirations for the script. 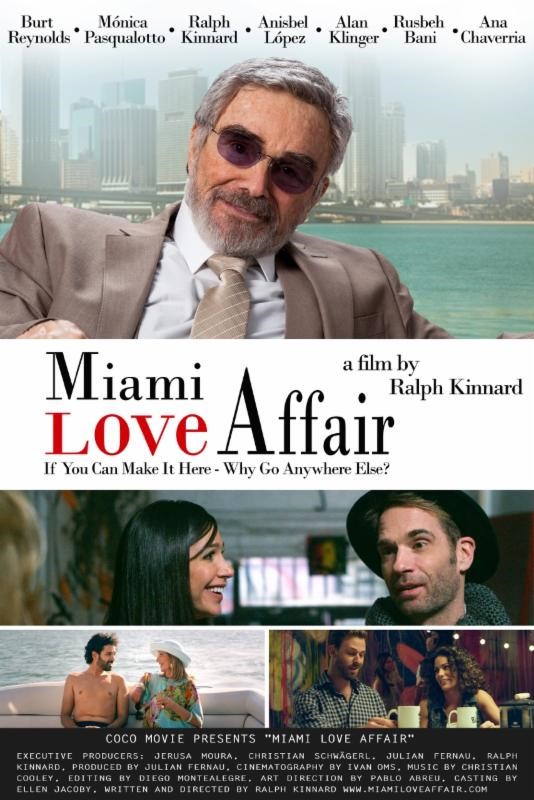 About the Art in “Miami Love Affair”

For added authenticity, the production partnered with up and coming Miami artists who, in real life, are exhibiting in the galleries of Miami’s hip Wynwood arts district. 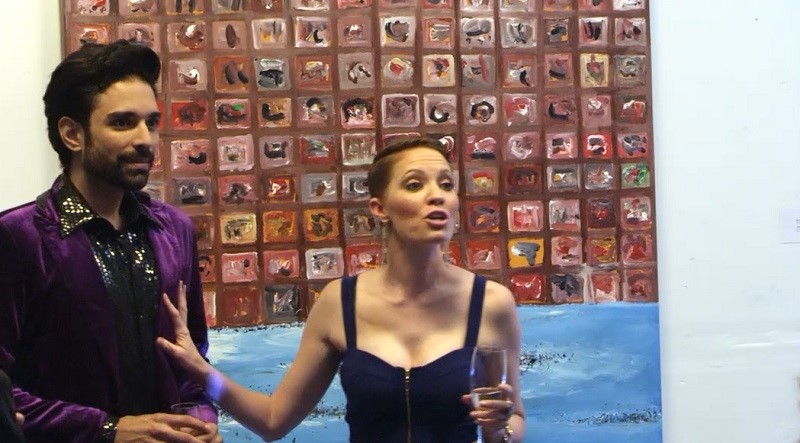 Danilo Gonzales, an awarded artist originally from the Dominican Republic settled in Wynwood during its early days of gentrification. He lent his diverse art to two characters in the film: The art with ‘black lines’ to match Benedict’s rigid German personality and the dreamier oceanscapes to go with Theo’s naiveté. 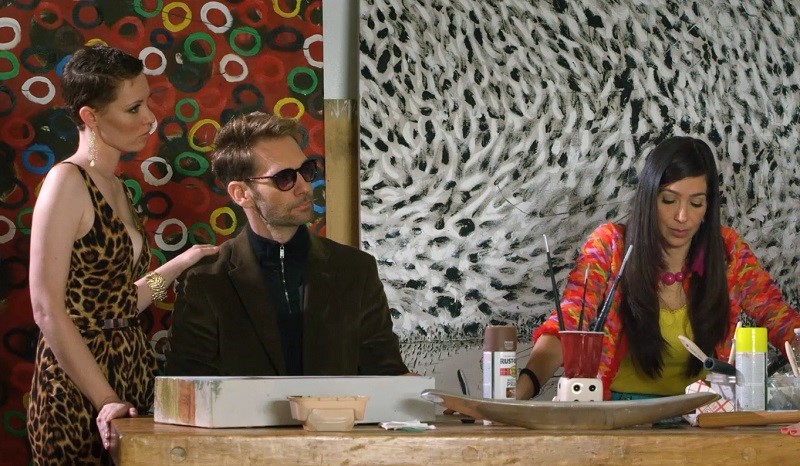 Venezuelan artist Gustavo Fernandez lent his colorful art to the character of Lucia. He valiantly blends fine color with the application of relief and textures. This offers the viewer an attractive, positive and sometimes tri-dimensional visual experience – there could not have been a better fit with Lucia’s expressive personality. 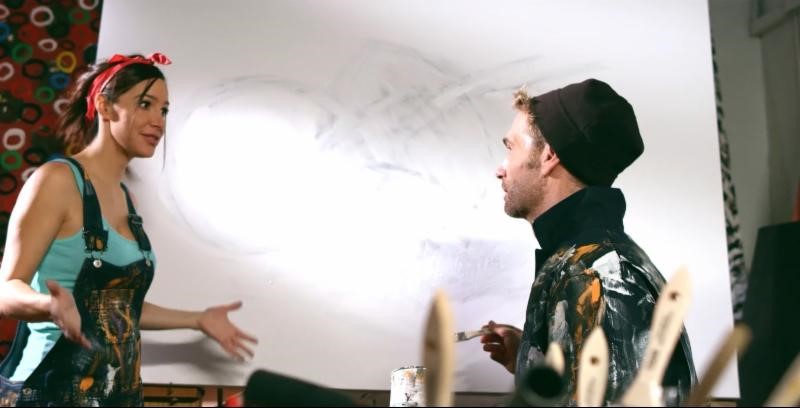