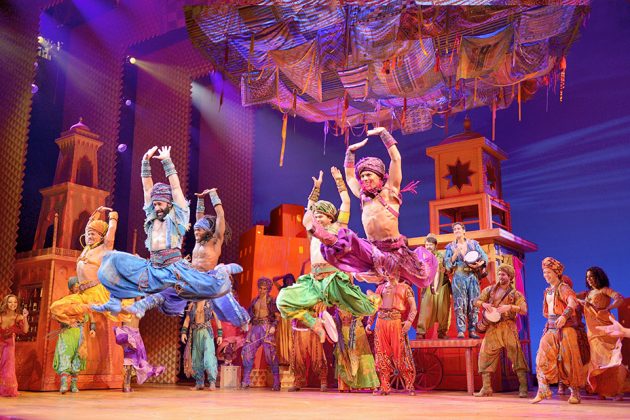 We attended Disney’s Aladdin the musical at Segerstrom Center for the Arts and it was fantastic!

The set was bright and beautiful. The music was great and  included a new song “Proud of Your Boy” sung by Aladdin (song by Alan Menken).  Jafar and Lago were great and Lago definitely made us forget that he was a bird in the movie. The Arabian costumes were beautiful. The musical scene with the Genie was awesome. We loved the “Whole New World” scene with the flying carpet ride. The acting was really good, there was lots of laughter but the best part of it all was the GENIE!

If you have the opportunity to go see Aladdin run and go see it you will definitely be glad that you did. 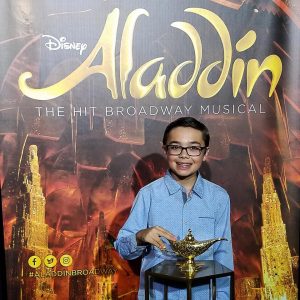 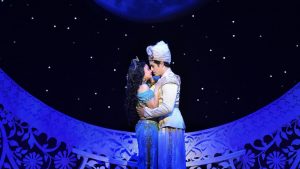 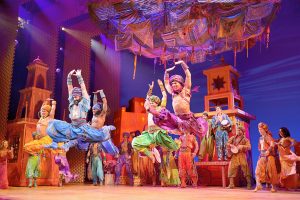 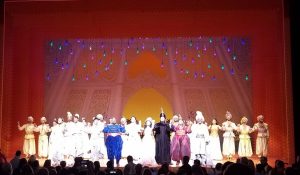