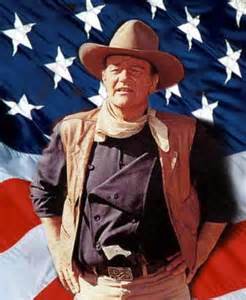 John Wayne legacy on May 26

Vice Chair Michelle Steel of the Orange County Board of Supervisors and Supervisor Todd Spitzer presented a proclamation honoring the life and legacy of silver-screen icon, and American hero, John “the Duke” Wayne to his son Ethan Wayne this morning.

“In the world we live in today, filled with reality TV stars and celebrities willing to do anything to gain their fifteen minutes of fame, it is imperative that we honor those who exemplified the values and qualities of what it means to be a true American,” said Vice Chair Steel.

“John Wayne is an iconic part of Orange County history and his generous work to fight cancer and inspire others created a lasting memory in our hearts,” said Supervisor Todd Spitzer. “John Wayne will always be America’s image of a cowboy.”

It has been thirty-seven years since the Duke lost his battle with stomach cancer, but his legacy of courage, dignity, integrity, and generosity are qualities still important today. He contributed greatly to his community through such efforts as helping Vietnamese refugees settle in the United States, made trips to the pacific with the USO to lift the spirits of the men and women in the armed forces, and he was a dedicated, loyal patriot who opposed the rise of communism.

“John Wayne is a local icon for those of us in Orange County. He was a Newport Beach resident and our local airport is named after him. He helped so many while he was alive, and even after his passing continues to improve the lives of others through the legacies created in his honor like the Wayne Foundation that has made groundbreaking advancements in cancer research,” said Vice Chair Steel.

This year will be the first year the County of Orange will officially honor John Wayne on his birthday, May 26.

This article was released by the Office of Michelle Steel.