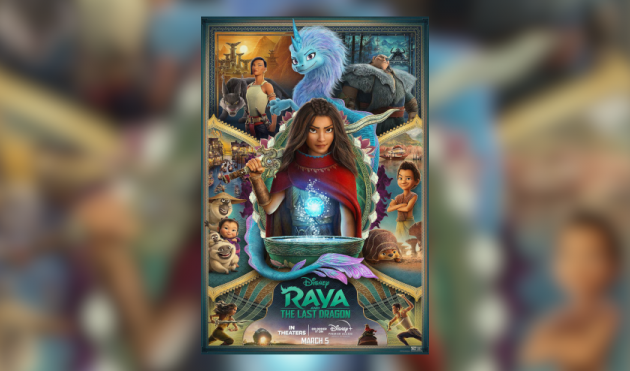 All-new film releases simultaneously in theaters and on Disney+ with Premier Access on March 5, 2021

For the first time ever, Disney+ is offering pre-orders for Premier Access to “Raya and the Last Dragon” for an additional one-time fee of [$29.99] on disneyplus.com. Once subscribers get Premier Access to the movie, they can watch it as many times as they want on any platform where Disney+ is available, with an active Disney+ subscription.

Fans can also purchase advance theater tickets through Fandango to see the movie on the big screen in select cinemas.

“Raya and the Last Dragon” takes us on an exciting, epic journey to the fantasy world of Kumandra, where humans and dragons lived together long ago in harmony. But when an evil force threatened the land, the dragons sacrificed themselves to save humanity. Now, 500 years later, that same evil has returned and it’s up to a lone warrior, Raya, to track down the legendary last dragon to restore the fractured land and its divided people. However, along her journey, she’ll learn that it’ll take more than a dragon to save the world—it’s going to take trust and teamwork as well.