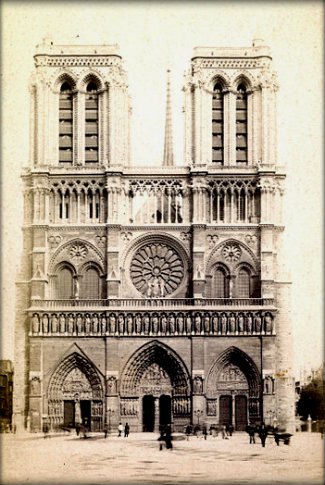 Notre-Dame: Facts About the Cathedral in Paris

Notre Dame is a very old cathedral in Paris, France. It is one of France’s most famous landmarks and many people visit it each year. The cathedral is on a small island on the River Seine. It is the cathedral of the Catholic Archdiocese of Paris, one of 23 archdioceses in France. The cathedral was built during two centuries. It is a very good example of Gothic Architecture in France. At the time it was finished, the cathedral was the biggest such building in Western Europe. Between 1844 and 1864, the building was renovated under the direction of Eugène Viollet-le-Duc, who incorporated elements into the design that the medieval building had not possessed before. The two rose windows which ornate the transept are among the biggest in Europe: each has a diameter of 13m. 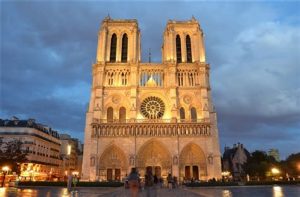 The bronze plate in the parvis before the cathedral is the origin of all road distances in France calculated from Paris. The national geographic institute in France uses the building as a benchmark. The coordinates and altitude for this point are known precisely.

Victor Hugo wrote a famous story. The story takes place around the cathedral. The English title is ‘The Hunchback of Notre Dame’, but in French it is called ‘Notre-Dame de Paris’.

Tradition has it that Notre-Dame’s first stone was laid in 1163 in the presence of Pope Alexander III. About 1,500 people were evacuated from the cathedral. 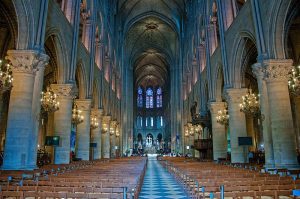 Here are some facts about Notre-Dame Cathedral. 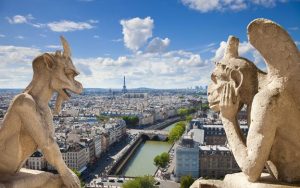 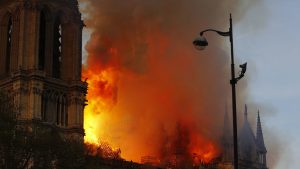 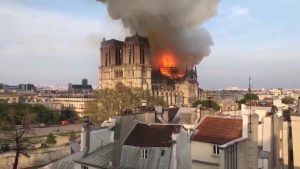 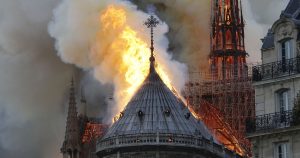