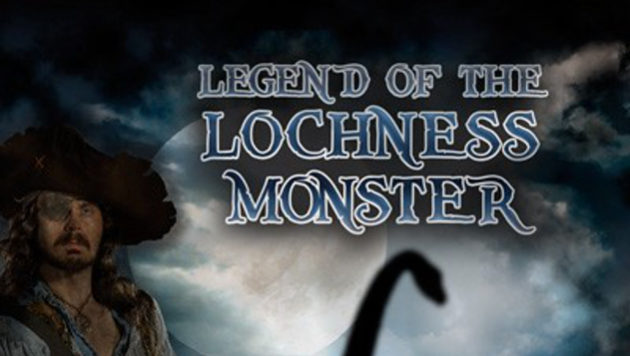 It is the night of the 10th Annual Governor’s Gala, an extravagant celebration of the defeat of the dreaded Captain Sebastian the Black and his horde of scoundrel pirates. This year, the guests of the Gala are in for a special treat as Raddo the Mystic reveals that he has found the last descendant of a fabled Gypsy tribe who are said to hold the key to a legendary pirate treasure; a treasure hidden in a Secret Cove and guarded by a terrifying Loch Ness Monster. Also in attendance at the Gala is her Royal Highness, Princess Anita. At the climax of the evening’s festivities… PIRATES ATTACK!

Captain Sebastian The Black and his pirate crew catch the King’s soldiers by surprise and take the Golden Gypsy, Princess Anita and all her guests captive! Captain Sebastian and his crew take the prisoners back to their ship in the Secret Cove where The Captain plans on taking his revenge by using the Gypsy and Princess Anita to perform a ritual to locate the legendary treasure.

What Captain Sebastian does not plan on is his own son, Benjamin Blue, falling for the Princess and leading a mutiny against his father in the name of love.

Will Captain Sebastian find the treasure he has been searching for? Will Benjamin’s love for the Princess over power his father’s lust for riches and revenge? Will anyone survive when the fearsome Loch Ness Monster rises above the ship deck to defend his pirate treasure? Find out during a night packed with action, stunts, aerial artistry, special effects, and fun on the High Seas!

You’ll be swept away to sea in the Treasure Bay Theatre which is comprised of tiered seating for up to 700 guests. Anchored in the indoor lagoon is an authentically replicated and fully rigged 18th-century Spanish galleon under night sky lighting, measuring 46 feet long and 18 feet wide with 40-foot masts afloat upon 300,000 gallons of water. Guests will dine from the deck of one of six ships surrounding the galleon and cheer on the pirate representing their vessel in the show. Select members of your crew may even be invited by Captain Sebastian to join him aboard the stage!