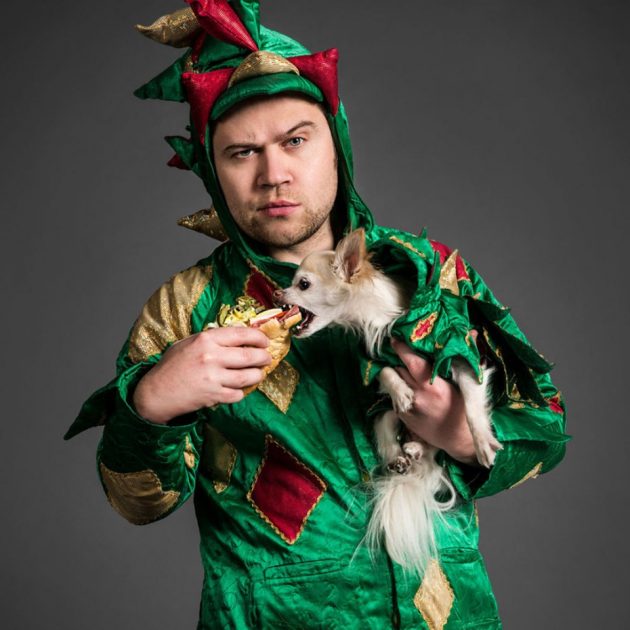 Early exposure to the arts plays an essential role in providing each child with a well-rounded education. It fosters the growth for creativity via dance, visual arts, drama, music, and theater. A report by Americans for the Arts states that young people who participate regularly in the arts (three hours a day on three days each week through one full year) are four times more likely to be recognized for academic achievement, than children who do not participate.

Segerstrom Center for the Arts is dedicated to bringing many opportunities for families to experience the arts throughout the year. There are many wonderful events, just take a look at what is happening in the next two weeks.

Hailed as “one of the Latin Children’s music artists you should know” (Billboard), Sonia De Los Santos has been performing her positive, multicultural, family-friendly music since 2007. Her songs are inspired by various Latin American rhythms from Mexico, Colombia and Peru as well as the North American folk traditions and reflect her experiences growing up in Mexico and moving to another country, learning about other cultures, and in the process, feeling closer to her heritage. Singing in both English and Spanish, De Los Santos’ messages of joyful community, music making, and cultural bridge-building will inspire and excite children and grown-ups of all backgrounds.

Join us 1 hour before performances of Sonia De Los Santos for a FREE Friendship Fiesta! Activities including buddy bracelets, balloon creations, and more! This weekend only! http://bit.ly/SCFTA_Sonia

After earning national acclaim as the standout star of NBC’s America’s Got Talent and Penn & Teller: Fool Us, Piff The Magic Dragon continues to win over audiences across the globe with his mythical mixture of wizardry, wit and sarcasm that ignites a one-of-a-kind comedy magic show you must see to believe! Joined by his trusty sidekick Mr Piffles, The World’s Only Magic Performing Chihuahua™, the dynamic duo performs nightly to sold out rooms at his residency at the world-famous Flamingo Casino in Las Vegas in the newly renamed Piff the Magic Dragon Theatre. In addition to the residency, Piff along with Jade Simone, a genuine Las Vegas Showgirl, are currently performing across the US and Canada as part of their 2019 tour The Lucky Dragon.

Although he might not be as famous as his older brother — Steve —there’s no doubt the recent years following his loss on season 10 of AGT have been monumental for the act voted Best Comedian in the 2018 Best of Las Vegas Awards. Piff and Mr Piffles have performed to hundreds of thousands in some of the most iconic venues across the globe including Radio City Music Hall, Shakespeare’s Globe, the O2, and the Sydney Opera House. His Las Vegas residency has been extended throughout 2019 due to popular demand, smashing all box office records over this last summer. Earlier this year, Piff filmed his first one-hour special featuring his good friend, Penn Jillette. And most recently, Piff was nominated for “Casino Comedian of the Year” alongside Bill Engvall and Sebastian Maniscalco and performed his acclaimed show at the 2018 Just For Laughs in Montreal and at the William H. Macy Gala.

Previously, Piff opened for Mumford & Sons on their 17 date UK tour and even graced the cover of their Grammy Award™- winning album Babel. He also performed five record breaking runs at the Edinburgh Fringe Festival, had two sellout seasons at Soho Theatre in London’s West End, and completed a national tour of the UK and Australia.

Audience Advisory: Recommended for ages 13 and up.

We hope to see you at one of the events at Segerstrom Center for the Arts!